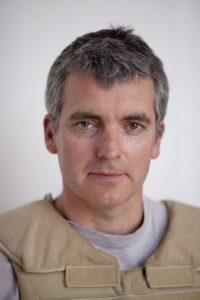 Social media is helping Ukrainian defence chiefs defeat the Russian military in what has been described as the first digital war.

General Sir Jim Hockenhull, the commander of Britain’s Strategic Command, has said that huge intelligence provided by the local population taking pictures of the Russian military was a “significant factor” in Ukraine’s success.

Speaking at a Royal United Services Institute webinar entitled: How Open-Source Intelligence Has Shaped the Russia-Ukraine War, he said that Ukrainian civilians armed with mobile phones and taking pictures of  Russian troops and equipment were effectively acting as “sensors” allowing the Ukrainians to strike the Russian targets.

The general who until recently was the former head of defence intelligence said: “What’s happened is that so many people have become sensors, that every citizen, every phone has become a sensor.”

He added that the rapid feedback of information from commercial and social media information was “increasing the speed of action” in being able to target Russian forces.

He also argued that whichever side gained the upper hand first in the new open source intelligence war would “win” with mobile phones playing a key role.

Military observers believe that it is now becoming clear that the combination of precision weapons, drone and the social media information has allowed Ukraine to  have a significant impact on Russia’s invasion.

The general said that Russian troops and military equipment were being attacked by Ukrainian drones and artillery shortly after pictures of them had been published online.

Gen Hockenhull added that the sheer number of civilian surveillance satellites and other surveillance meant that unlike military communications they were hard to “jam or disrupt.

“It’s incredibly difficult to overcome those commercial networks and therefore, that force multiplier of sensors has been a really significant factor in the way in which the Ukrainian military have been able to generate information advantage.”

What he described as the “crowdsourcing” of information via chatbots had “allowed Ukrainian citizens to report Russian units and locations”.

“That civilian sensor network has been both a force multiplier, but also it’s been able to provide a variety of viewpoints around information.

“That crowdsourcing has been really, really important and as the longer the conflict has gone the Ukrainians have got much better at being able to harness that enormous quantity of information to see what they can divine from it.”

The tremendous opportunities offered by open source intelligence meant that “whoever learns fastest is going to win”, he said.

The open source reporting had also “enabled an amazing extension and reach of the Ukraine military’s situational awareness”.

With the huge amount of information available from commercial satellites, military sources and civilian phones the Ukraine conflict “can be viewed as the first digital war.”

“This has enabled an amazing extension in reach of the Ukraine military’s situational awareness and their ability to conduct some reconnaissance.”

The information had also influenced how the public “understood the way in which the conflict is taking place”.

He highlighted the Russian attempt at disinformation on 17 February – a week before the invasion – when it put out a “false narrative” that it was deploying away from Ukraine’s borders a lie that was “quickly exposed by an open source community”.

“It was able to show that not only were troops still in place but in fact what was happening was a redeployment of force in order to be able to better execute  the invasion,” he said.

That power of information and knowledge had a really significant impact on the public on being able to counter Russian information operations.”

The information war, which included rapid reporting of Russian atrocities, such as in Bucha or attacks on civilian infrastructure with kamikaze drones, was key in getting support from western power.

“We think that one of the crucial elements of success in the Ukraine conflict has been the commitment of western nations to provide support,” he said. “I think a lot of that has been driven by the public being able to see and understand what has happened, what is happening.”

But the general said that experts had to be careful on the lesson from Ukraine to avoid “looking in those locations where the light illuminates most” which could mean that important areas are missed due to “availability bias”.

Meanwhile, western officials said that the killing of a former member of the Wagner mercenary group by his former colleagues  amounted to a war crime.

Yevgeny Nuzhin, 55, was filmed being beaten to death by a member of the Wagner groups after he switched sized and was recaptured.

Nuzhin, a convicted murderer announced in September he had changed sides.

In the video he says he was hit on the head while walking in the Ukrainian capital Kyiv and woke up in a cellar.

The footage of the summary killing was posted over the weekend on the Wagner-affiliated Telegram channel Grey Zone.

It begins with Nuzhin describing how he went to the front as a member of Wagner, after being recruited in August. He said he intended to change sides and “fight against the Russians”, and was later captured by the Ukrainians.

After being attacked in Kyiv on 11 November, he lost consciousness and woke up in the cellar where the film was being made.

After that an unidentified man appears to attack Nuzhin with a sledgehammer. He falls to the ground and is further beaten to death.

Yevgeny Prigozhin, the owner of the Wagner group and a close ally of President Vladimir Putin described Nuzhin’s killing as “a dog’s death for a dog”.

Prigozhin said in a statement that Nuzhin had “betrayed his people, betrayed his comrades”.
He sarcastically described the video as “excellent directorial work that’s watchable in one sitting”.
“I think this movie is called A Dog’s Death for a Dog,” he added.

The Kremlin has tried to distance itself from the video, with spokesman Dmitry Peskov saying “it was not our business”.

Western officials have also revealed that Russia’s military has just a month’s supply of artillery ammunition left after exhausting its stocks in Ukraine.

The shortage of all forms of ammunition has ruled out future offensives and it is “clear for now that the Russian occupation of Ukraine is a defensive operation”, an official said.

It also appears that the Russians have nearly exhausted their supply of Iskander surface-to-surface missiles, after it was confirmed in a media briefing that just 120 remained.

The official said that a Ukraine intelligence assessment on the Iskanders and the month’s supply of artillery were “in the right ballpark”, adding that munitions supply was “a big limiting factor for both sides”.

“That’s why we’ve seen the Russians going to great lengths to replenish rare resources, including through working with international partners, and the Ukrainians are doing exactly the same thing. So this is a critical factor.”

The coming winter period is crucial in relation to which side can resupply themselves quickest, “in terms of personnel, munitions and equipment ready for the next offensive,” the western official said.

But the intelligence assessment of Russia’s withdrawal from the city of Kherson was that it had been orderly, with soldiers abandoning just a handful of vehicles and getting an estimated 20,000 troops back across the Dnipro river.

They have now set up strong defensive positions on the east bank, including crocodile teeth tank-traps, that make it very unlikely that Ukrainian forces will attempt a crossing.