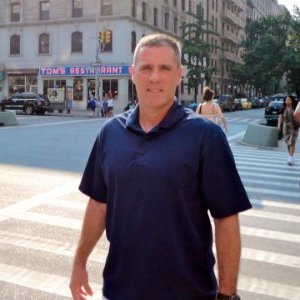 The dangerous thing about karma and boomerangs: in time, they return to the source when least expected. For Belarusian President Alexander Lukashenko, his decision to allow Russian ground forces to deploy to his country at the outset of Russian President Vladimir Putin’s “special military operation” in February and subsequently permit Russian ballistic missiles to be launched from Belarusian territory is coming back to haunt him. Lukashenko is domestically vulnerable and playing defence. Putin – eight months later – cannot stay on offense in Ukraine, and his retreats in Kherson and Donbass are boomeranging on Minsk as Moscow is now demanding even more from the Belarusian president.

Moscow’s first directive to Lukashenko was to station upwards of 9,000 Russian soldiers to reinforce Belarus’ southern border with Ukraine to guard against a “Crimean Bridge 2” type of attack. One report estimated the joint force could have as many as 70,000 Belarusian troops and up to 15,000 Russian troops – and all are likely within the range and crosshairs of Ukrainian HIMARS.

The presence of Russian troops, however, is coming at a high cost to Minsk. Domestically, despite a referendum and new constitutional amendment in February that allows “Russian troops and nuclear weapons to [be] station[ed] permanently in Belarus,” Lukashenko is under siege – and chiefly because of his military support for Putin. Repeated acts of railway sabotage inside Belarus are threatening his “regime,” and potentially foreshadow his end.

Lukashenko’s spin to try and survive his self-inflicted wound is to build a false narrative that Ukraine is plotting to strike Belarus, declaring “[Zelensky is] pushing them to start a war against Belarus to drag us [into Ukraine].”

Problem is, Lukashenko is not being dragged into the war. He’s been an active participant since the beginning, and openly declared his support and allegiance to Russia. Recent reports indicate Belarus’ defense-industrial complex is repairing combat damaged Russian equipment, shipping twenty T-72 tanks pulled out of storage to Russia, and that Belarusian medical teams have been tending to wounded Russian soldiers in secret field hospitals. Short of “boots on the ground,” Belarus is actively in the fight.

Equally risky for Lukashenko is his domestic opposition is using his support of Putin against him. If Putin loses in Ukraine, Lukashenko’s ability to remain in power would be precarious at best – and he knows it. Belarusian opposition leader Sviatlana Tsikhanouskaya is actively doing everything she can to make Lukashenko’s ouster a reality, including fomenting dissent to divide the regime from Belarus’ citizenry. To that end, she has established the United Transitional Cabinet to prepare and set conditions for the reemergence of a Belarusian identity.

Exiled in Lithuania since her dubious defeat in the 2020 presidential election, Tsikhanouskaya is a formidable foe: she has stood up to Putin’s backing of Lukashenko and endured the imprisonment of her husband when he ran for president; now, Tsikhanouskaya is actively plotting and managing underground “opposition operations” in Belarus, including protests, sabotaging railways, and disrupting Russian supplies bound for Ukraine from reaching their intended recipients.

Tsikhanouskaya described living conditions in Belarus as the equivalent of “living in a Gulag – an atmosphere of tyranny and terror and repression.”  Nonetheless, she is confident any sign of weakness from Lukashenko could quickly lead to “hundreds of thousands of Belarusians on the streets.”

Consequently, Lukashenko’s political survival in Belarus is directly proportional to Putin’s and Russia’s success in Ukraine. Up until now, it has been sufficient for Lukashenko to “walk softly” in his support for Putin and to “carry a big stick” to keep the Belarusian people in line. Perhaps no longer. The question intelligence analysts should now be asking themselves is what role might Belarus be forced to play in the ongoing faltering Russian “special military operation?”

In doing so, it is essential to remember the role of intelligence analysts is to keep decision makers informed on the enemy’s capabilities, what they are doing now and what they will do next.  Decision makers need predictive analyses, not history lessons. Intelligence analysts must understand the enemy’s doctrine, tactics, and the tools available, then put themselves into the enemies’ decision-making process cycle in order to anticipate the next action.

Projecting their own “rational thinking” into the equation, i.e. mirror imaging, recklessly discards the consideration of potential courses of action and exposes the decision maker to surprise. It is not about being right or wrong; rather, keeping decision makers informed on all possible courses of action, with some degree of confidence.

To that end, what is clear is that Lukashenko is swimming with the sharks, and to survive, he must not only jump one shark – Putin – but four others as well, including Ukrainian President Volodymyr Zelensky, Ukraine, NATO and Tsikhanouskaya. Putin is demanding help. NATO is facing him down from the west. Zelensky has not forgotten the actions of his northern neighbour, nor the ongoing threat Belarus poses to Kyiv and Ukraine – and Tsikhanouskaya is plotting and waiting in the wings.

By design or not, Lukashenko is showing his hand. Putin is as well – and it is notable that there are reports of combat-experienced Russian soldiers being pulled from Kherson and replaced by recently mobilized and conscripted soldiers to fill these ranks.

To survive, it is reasonable, therefore, to assume Lukashenko would be forced into committing troops to fight alongside Russia. Reports of the formation of a joint military group between Belarus and Russia and deployment to the Ukrainian border in response to an alleged “Ukrainian threat to Belarus” could be another poorly disguised “false flag” operation intended to justify a second invasion from the north.

Russia, bloodied and weakened in Ukraine, and forced to turn to their “Arsenals of Evil” – Iran and North Korea – for weapons and ammunition, is desperate for any type of victory after eight months of repeated setbacks. Securing additional Belarusian military hardware and trained Russian-speaking forces whom they have conducted joint exercises with in the past, may be just enough to embolden the Kremlin to try again to capture the elusive city of Kyiv, which lies 140 miles south of the border.

Zelensky and Tsikhanouskaya, however, are waiting, and Belarusian partisans and HIMARS keep Lukashenko awake at night. For now, he is remaining committed to Putin. Reports that Iranian Shahed-136 kamikaze drones, operated by members of the Iranian Islamic Revolutionary Guard Corps in Belarus, are being used to strike Ukraine’s energy infrastructure and residential areas confirm Lukashenko’s continued support for Putin’s war machine.

Nonetheless, Lukashenko is in a precarious situation. He sinks or swims on Putin’s coattails, and he knows it. It is one thing to support Putin’s wartime effort, and another to join it. Escalation risks bringing NATO into the war. Finding a balance between the two is now far more difficult, and the slightest setback could lead to Lukashenko’s downfall. Tsikhanouskaya and Belarus’ political opposition lie in wait.

For now, it is just tough talk from Lukashenko, but he knows he is surrounded by sharks. As Lukashenko potentially revs up the engines to “jump the shark,” he should heed the advice Ukraine’s Ministry of Defense issued back in March: “The direct involvement of Belarusian troops in the Russian armed aggression against Ukraine, contrary to the will of the military and the vast majority of the Belarusian people, will become a fatal mistake of Alexander Lukashenko.”

The western media has been mostly silent on Belarus, largely discounting it as a course of action.  Instead, the west has chosen to focus on dirty bombs, nuclear exercises and speeches on western supremacy – just as Russia intended. Zelensky, fortunately, understands this emerging military threat and its potential to succeed – and “has asked G7 leaders to supply more air defense systems and for an international monitoring system on the Belarusian border.”

It is high time for the west to pay attention. Lukashenko has no off-ramp to save Ukraine losing. Surprises are for birthdays – Zelensky’s is in January. NATO must not allow Putin or Lukashenko to weaponize it.