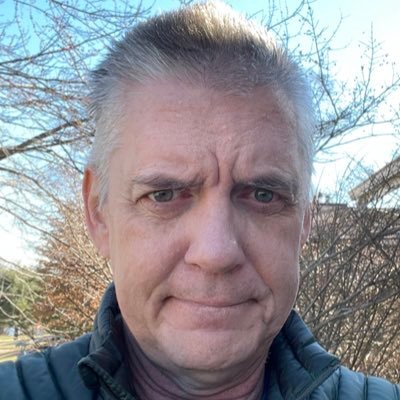 by Mark Toth and Jon Sweet.

In February, no one predicted Russian President Vladimir Putin’s ‘special military operation’ in Ukraine would result in Moscow becoming militarily dependent on rogue states – including Iran and North Korea – operating, in effect, as ‘Arsenals of Evil.’ Not General Mark Milley, the United States Chairman of the Joint Chiefs of Staff who testified before Congress that Kyiv “could fall within 72 hours.” Nor western think-tanks or analysts – including the Rand Corporation and Tor Bukkvoll, a senior researcher at the Norwegian Defense Research Establishment, who speculated it could only be “days or weeks” before Russian victory parade tanks were rolling down Khreshchatyk Street in Kyiv.

Hedged in by western sanctions and Beijing’s calculated power-play indifference, Putin, in the face of fierce Ukrainian counteroffensives in the Kherson Oblast and Kharkiv and the resolute backing of US, United Kingdom, and NATO’s own ‘Arsenals of Democracy’, is now relegated – reduced, really – to procuring military hardware and munitions from the junkyards of Tehran and Pyongyang. Lacking alternatives, Russia, paradoxically a permanent member of the United Nations Security Council, is now brazenly violating the UN sanctions against Iran and North Korea that Moscow is obligated to enforce.

Putin’s once vaunted military, now badly mauled and depleted – soldiers, weapon systems, and munitions – is in serious peril in Ukraine. In early August, the Pentagon estimated 70,000 to 80,000 Russian casualties, nearly 44% to 50% of the Kremlin’s pre-invasion force. To replenish losses, Moscow has been reduced to outsourcing from the Wagner Group, forcibly mobilizing personnel from breakaway Russian-speaking Ukrainian Oblasts, and hastily standing-up an Army Corps.

Comprised primarily of minimally trained volunteer battalions being sent to the front to shore up defenses and buy time, it will likely take the 3rd Army Corps until November to maneuver their decrepit equipment into position. Additionally, for the first time since the war began, Putin has made a tacit admission that the Kremlin’s losses in Ukraine are significant and rising, ordering the Russian Army to increase in size by 137,000 troops or 10%.

Ukraine claims it has destroyed as many as 1,954 tanks, 4,294 armored personnel carriers, and 1,079 artillery units. Despite Putin’s Hitler-like promises of Wunderwaffe, supply-chain woes caused by economic sanctions imposed by the US, UK, and European Union, are compelling Russia to pull mothballed T-62M tanks out from their wartime reserve stockpiles and send them to Ukraine. In early July, Putin admitted his forces were running out of equipment – forcing Moscow to repair existing weapon platforms forward and necessitating the Kremlin to begin soliciting Tehran and Pyongyang’s ‘Arsenals of Evil.’

First, it was Putin traveling hat-in-hand to meet with Iranian Supreme Leader Ali Khamenei in July to procure aerial drones. Now, according to US intelligence, the Kremlin is reduced to securing millions of artillery shells and rockets for its artillery platforms, from North Korean President Kim Jong-un.

On the surface, it appears ominous. “Millions of rockets and shells,” and a lifeline to the Russian Army – at least in terms of Moscow’s military supply chain; however, it is not. Moscow’s newly necessitated dependence on the ‘Arsenals of Evil’ is revealing a multitude of cracks in the mirror staring back at Putin. Not just tactical cracks, but strategic cracks as well that are suggestive the Kremlin is reaching a culminating point throughout Ukraine.

Conceivably, more munitions mean additional staying power. However, they also mean Moscow remains fixated on an artillery centric strategy – a traditional Russian military tactic that is not rendering the results Putin requires in Ukraine, against a determined enemy. Rinsing and repeating in the face of superior western technologies, including High Mobility Artillery Rocket Systems (HIMARS), is not going to reshape or change the battlefield in favor of Moscow – nor will it enable Putin to hold the Donbass, Kherson Oblast, or Crimea.

Artillery is the life blood of the Russian Army – it is also their Achilles Heel. From the conscripted soldier down in the trenches all the way up to the crenulated red brick walls of the Kremlin, Russian artillery reigns king. Ukraine understands that and has made a deliberate effort to transform this strength into a weakness. HIMARS, along with Special Operation and partisan forces operating in Russian rear areas, has rapidly changed the equation in Kyiv’s favor. In typical Russian fashion, the remedy to failure is more. This time, more men and artillery. Soviet WWII mentality dies hard and even though Putin fails to accept it, Russian artillery on the battlefield in Ukraine may have met its match.

Ukraine’s efforts to interdict and disrupt Russian artillery operations has significantly impacted the Russian offensive.  Combined with the devastating effects of the US supplied HIMARS, it is crushing Russian morale.

Given the diplomatic and military history between Moscow and Pyongyang – the Soviet Union was the first nation to recognize the Democratic People’s Republic of Korea on October 12th, 1948 – some military analysts, including Russian defense pundit Igor Korotchenko, are speculating North Korean soldiers could be used to fight alongside Russians in Ukraine, specifically in counter battery units. Kim Jong-un has also fueled this speculation by offering to send as many as 100,000 ‘volunteers’ to fight in Ukraine.

North Korea has a sizeable and deadly artillery force of its own, aimed at South Korea – estimated by the Carnegie Endowment for International Peace at over 6,000 field artillery pieces and 5,100 170-mm guns and 240-mm multiple rocket launchers (MRLS). Kim Jong-un’s units are potent and well trained; however, any ‘plug-in-play’ or more to the point, ‘plug-in-fight’ comparisons must stop there.

Russian, US, and NATO artillery platforms and counterfire systems such as HIMARS, are tactically designed to be highly mobile. Pyongyang relies on static artillery, largely encased in Hardened Artillery Sites (HARTS), in order to strategically take advantage of North Korea’s mountainous terrain. While North Korean soldiers operate Russian artillery in Ukraine, they are neither trained nor experienced in US and European-style mobile artillery warfare.

Significantly, Putin also realizes bringing a ‘third’ nation into the fight risks escalation, potentially resulting in US and NATO direct intervention. The ‘understood rules’ to date, permit supplying the supported country with weapons, ammunition, intelligence, and training outside the borders of Ukraine – even the use of mercenaries. While Belarus authorized Russian ground forces to stage on their side of the border, permitting them to launch offensive operations and ballistic missile strikes into Ukraine, they have not committed any troops across the border.

Putin’s Peter the Great-like mentality, already bruised by a faltering military in Ukraine, likely would never accept Pyongyang’s offer. Russian military expert and former Defense Intelligence Agency analyst Rebekah Koffler assessed this speculation as disinformation, pointing out the two countries have never conducted joint combat training exercises together while adding, “Belarussians, Chechens, Buryats, anyone from the former Soviet Union speaks Russian. They are more integrated. Not only do they have the same … tactics, techniques, and procedures, but doctrinally they are on the same page [in their] war-fighting doctrine.” Plugging North Koreans and the accompanying language barrier into Ukraine would only complicate command and control issues – while leaving HIMARS unsolved.

Perpetually blinded by Moscow’s WWII artillery doctrine, Putin continues to irrationally believe that the Kremlin’s greatest need presently is more ammunition for Moscow’s artillery. North Korea can supply them in ample quantities; however, it will not be a game-changer in Ukraine. More challenging to Kyiv, would be if North Korea also provides more advanced weaponry such as the KN-25, a missile that outranges the U.S. HIMARS.

Urgent as the need for the munitions are, timely delivery onto the battlefield is not an easy lift. As is, Russia’s supply chains are highly stressed – and stretched. North Korea is 7,209 kilometers or 4,479 miles away from Ukraine. Time and distance are critical factors in war, and while the two countries do share a border, it is only 17 kilometers long and the Tumen River runs through it. Russia’s airlift command – already suffering from a spare parts shortage – will be hard pressed to keep up, and rail shipments take time. Time Putin does not have in Ukraine, given Kyiv’s recent counteroffensives in Kherson and now Kharkiv.

Quality matters too. As evidenced by Iran, when superpowers are forced to go shopping for military hardware in the junkyards of rogue states, they get what they pay for. Not much. To date, there are numerous reports of Iranian drones failing in Ukraine. Moscow desperately needs wins, not more failures – and faulty equipment or munitions only subtracts more than it adds.

Putin’s pivoting to Iran and North Korea is also highly revealing in other ways. It has laid bare the corruption of inside and outside of Russia’s military industrial complex, and Moscow’s over-reliance on western Europe as a supply chain. Likewise, it is significant that Putin – despite effectively becoming India and China’s petrol station (or gas station for our American readers) – is not acquiring any tangible game-changing military hardware from either country. Both countries likely fear repercussions of western sanctions and Beijing especially, may be declining out of fear their best technologies would fall in the hands of NATO and the US

In the US, there is a political saying for when a politician cannot or refuses to accept the obvious, ‘It is the economy, stupid.’ For Putin and Russia, ‘It is the HIMARS, stupid.’ Until Moscow solves that conundrum, nothing will change. More artillery and shells are merely band-aids that will be unable to stop the existential bleeding being caused by HIMARS and Ukrainian initiative on the battlefield. Kyiv has seized the momentum – and Russia, hapless, is progressing ever closer to a culminating point in Ukraine.

For now, Putin refuses to see it. Perhaps out of fear – or denial. His grasp on power in Moscow revolves around deluding Russians that all is well on the southern front. For now, Putin’s ‘smoke and mirrors’ propaganda campaign appears to be working. Muscovites remain oblivious – or willfully blind – to a Russian army rapidly collapsing in the Donbass and Kherson with Crimea potentially soon following.

Putin’s hubris, meanwhile, remains in full force and undaunted. He was quoted as saying on September 7th, “We [Russia] have not lost anything and will not lose anything.” Surely, 70,000 to 80,000 Russian mothers mourning their dead sons or tending to their war wounds disagree – they have lost much, if not all. So too has all of Russia when a once mighty military is now partially dependent on Iran and North Korea’s ‘Arsenals of Evil’ to fight and survive another day.

Yevgeny Prigozhin accused of sending convicts to their deaths, as bizarre video emerges of the Wagner Group leader visiting a makeshift morgue